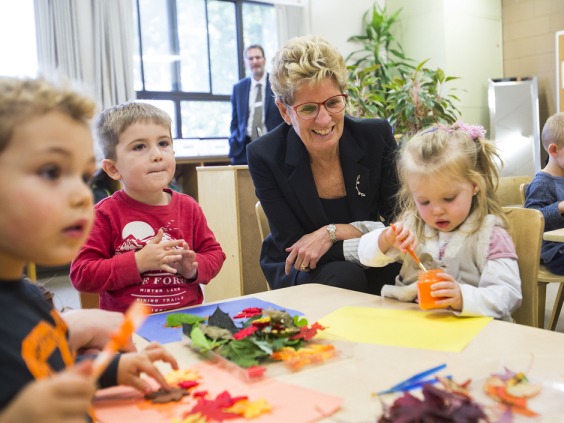 Maria Ahmed and Mustafa Jilani: Ontario funds a Catholic schooling system, while other faith groups are left to either fully foot the tab for their schools, or close their doors.

The recent closure of Islamic Foundation School (IFS), a top-ranked secondary school in Ontario, brings to the forefront the politicized issue of government funding for independent schools in the province—or more precisely, the lack thereof. Management at IFS cited “financial issues” as the reason for the closure, which displaced 150 students and left more than 10 teachers unemployed two weeks before the start of the school year. While Ontario funds a Catholic schooling system, other faith groups are left to either fully foot the tab for their schools, or close their doors.

It should hardly require saying, but it apparently does: Ontario should treat all schools equitably. We are not the first to recognize the need for change to achieve this outcome. In 2007, then-Progressive Conservative Party leader John Tory campaigned on a plan to ensure all faith-based institutions received provincial funding provided they met two key conditions: a school’s curriculum was approved by the province, and a school was associated with a public or separate school board.

The proposal became one of the defining issues of the campaign, particularly after Dalton McGuinty’s Liberals stoked fears it would lead to a segregated educational system in which some children could be exposed to dangerous ideologies. The Conservatives lost the election in part on account of this issue, and politicians haven’t dared to touch it since.

Ontario has a divided system of education, which the UN has classified as discriminatory

As a result, we’re left with a divided system of education: a Catholic board that’s publicly-funded as a result of the special protections its afforded under the constitution, and no funding for other independent faith-based schools. A 1999 UN Human Rights Committee report classified this system as discriminatory. Unsurprisingly, it also impairs the quality of education that children in independent schools receive.

According to a 2016 Fraser Institute study, there are more than 115,770 students enrolled in independent schools in Ontario, of which about half are denominational. A recent study by the University of Toronto’s Ontario Institute for Studies in Education identified 179 independent, religious schools in the GTA alone. Students in these schools come from all denominations: 45 per cent attend Christian, non-Catholic schools; 32 per cent independent Catholic schools; 11 per cent Jewish schools; 9 per cent Islamic schools; and 3 per cent schools affiliated with other religions.

Currently, the parents of these children must pay the full cost of their child’s tuition (which is in addition to the taxes they already pay to help fund government-run schools). By comparison, in B.C., Alberta, Saskatchewan, Manitoba and Quebec, the provinces help independent schools and families by covering some of their operating costs, irrespective of the school’s pedagogy or religious affiliation.

As a result of this unfair treatment, independent schools in Ontario face towering obstacles, which is reflected in the significant volatility this educational segment faces. In the 2016-2017 year alone, more than 40 schools closed their doors. And the ones that can afford to stay open often have to compromise on quality. Many of these schools, for instance, don’t have playgrounds or libraries.

As the principal of one Christian school said: “Every month you struggle to make sure that everyone’s paid.” The principal of an Islamic school confirms: “We’re getting close to $200 per month per student (from tuition). Compare that to the public schools, who are receiving upwards of $1,300 per month per student.” A Jewish school principal notes: “We have a shortfall of about $400,000 to $500,000, which is why we’re a lot of times short for payroll, and I’ll call people up for loans, and try to solicit money from them.”

The government could create a voucher system, that enabled parents to direct funding to their school of choice

A government committed to rectifying this inequality would consider funding options that increased parent choice or ensured independent schools could qualify for provincial support. It might consider, for example, creating a voucher system that enabled parents to take the public funding allotted for every child in the province, and to put that funding towards the best schooling option for their child. Or it could create a grant application process that enabled schools that comply with provincial standards to obtain funding to build essential facilities like libraries and playgrounds.

School closures can be calamitous to the lives of children, as IFS’ former students must now be experiencing. Educational funding is not an issue we can afford to politicize or push to the sidelines. The government should create policy aimed at ensuring all children—no matter where they study—have the same opportunities to succeed. To quote John Tory’s sage words on this subject: “I am actually being honest with people and taking a principled stand which is tough to do but right.”

Maria Ahmed recently completed her Masters in Education in Educational Leadership & Policy at the University of Toronto. Mustafa Jilani is a lawyer with KSM Law and has a daughter attending an independent Montessori school.