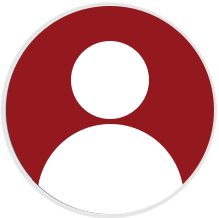 Leenat Jilani is an Associate Lawyer at Kutty & Associates practicing in a broad range of areas including family, wills and estates, corporate, not-for-profit, litigation and human rights.

She is also a legal commentator with published Op-eds in the Toronto Star and The Daily Lawyer.

Leenat holds an Honours B.A. from the University of Western and J.D. from the University of Windsor. She was one of only five upcoming young Canadian leaders to accompany Prime Minister Stephen Harper to the APEC CEO Summit in Bali, Indonesia in 2013. She represented Canada at the youth arm of the G20 Summit in Mexico in 2012 and participated in a trade mission to South East Asia in 2011.

She successfully completed her licensing requirements and was called to the Bar of Ontario in 2018.

Prior to starting at Kutty & Associates in 2017, Leenat interned at the United Nations in New York.